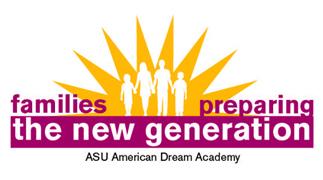 Families Preparing the New Generation/Familias Preparando la Nueva Generación (FPNG) is a parenting intervention program developed by SIRC in partnership with parents and schools.  FPNG was designed as a complimentary intervention to keepin’ it REAL (kiR), a culturally grounded school-based substance use prevention intervention for middle school-aged students. The study tested whether adding a parenting intervention would strengthen or boost the effects of the already efficacious kiR.  The design and evaluation of the original intervention took place in 2007-2011 through an efficacy trial.  The intervention was found to be efficacious; children whose parents participated in FPNG benefited the most from participating in kiR.

Currently (2012-2017), SIRC is conducting a FPNG effectiveness study in partnership with the American Dream Academy (ADA) in order to:

The current effectiveness study is integrated into the regular intervention offerings of the ADA in the Phoenix metropolitan area and could be replicated in other regions of the country with a large concentration of Mexican heritage families or other Latino families.

In the control group, parents will receive the standard ADA parenting program, and the children will receive the usual drug use prevention offered at their schools. Data from both parents and children will be collected at pre-test, post-test, and two follow-ups (6 & 12 months after the initial post-test).  The study is being successfully implemented in partnership with 18 schools in Phoenix, with the participation of 540 families (parent-child dyads), 180 families per intervention condition. The parent-child dyads consist of one parent and one youth ages 12-14.